Related topics: Above and Beyond campaign People of Sharp Sharp Chula Vista Medical Center
View topics
For the media

When the new hospital at Sharp Chula Vista Medical Center opens in fall 2019, it will be the first new hospital in San Diego's South Bay since Sharp Chula Vista first opened its doors at 751 Medical Center Court — then Dora Lane — more than 40 years ago. One man who has been there since the beginning is South Bay native and Sharp HealthCare Foundation board member, David "Bud" Wilson.

"Well, I guess you could say I have been with Sharp Chula Vista since I visited its original location as Chula Vista Hospital on F Street in 1948, when I had my appendix taken out," says Wilson. "The people and the hospital's mission have kept me involved all these years. It's a catalyst in the community; it brings goodwill and provides a strong focal point to rely on should tragedy ever affect you."

In 1975, Wilson was elected Board president of the hospital after serving as a board member since 1969. He helped with construction of the existing hospital at Sharp Chula Vista's current location, which, at the time was surrounded by farmland. 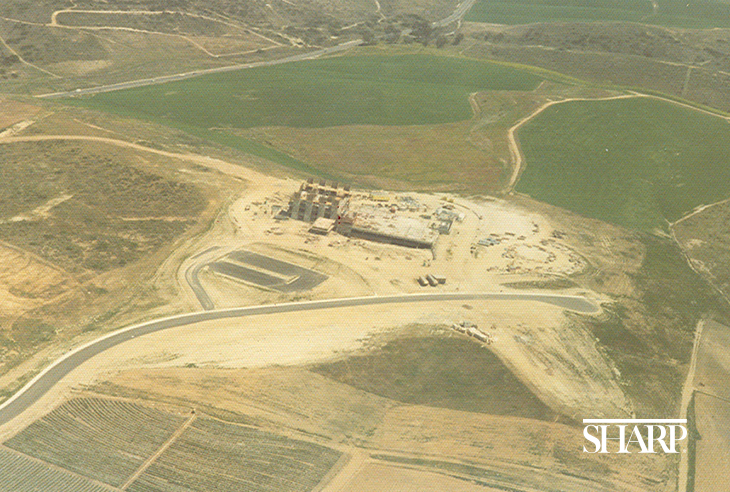 Construction began on the Community Hospital of Chula Vista in 1972. Rolling fields would soon give way to a vibrant community adjacent to the "hospital on the hill."

"Well, it was a pretty good-sized hill that was isolated and landlocked. Only dirt roads were available to get there," explains Wilson. "In total, this new hospital cost $5.7 million, which was a lot of money back then, and our hospital Auxiliary at the time raised the initial cost needed to get construction going — $750,000. If it weren't for the Auxiliary, the hospital would not have been built." 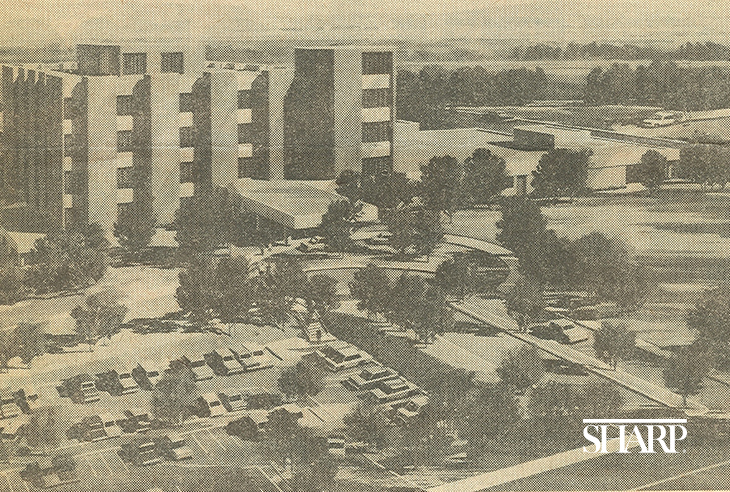 An artist's rendering of the "new" Community Hospital of Chula Vista, which opened in 1974. In 1989, it was renamed Sharp Chula Vista Medical Center.

Wilson continues to be involved in Sharp Chula Vista's future by serving as a board member for the Foundation, and looks forward to seeing the doors open to the new hospital.

"Since the first hospital on F Street to now, look what's happened. It's so gratifying to see this growth come to fruition," says Wilson. "You go to the top of the parking structure and look around — none of this was there back then; it's all happened because of what they called 'the hospital on the hill.' The city came to us."

The new history wall at Sharp Chula Vista celebrates decades of caring for the community.

How often do I need a Pap test?

Cervical cancer screening is the key to preventing what used to be the number one killer of women.