Pediatrician develops app to save children from hot cars

Since 1998, 37 children in the United States have died in the backseat of hot cars each year on average. Through the first eight months of 2016, there have been 28 deaths, four more than in 2015.

"In most cases, parents don't forget about their children or leave them in the car out of neglect," says Dr. Smart. "It's usually because of a change in routine — a parent who normally doesn't take their child to day care; they make an unscheduled stop; or otherwise do something out of the ordinary. I thought to myself, there must be a way to make a difference."

It was then, about a year ago, Dr. Smart thought of the idea to develop an app using iPhone technology and GPS to provide a tool for parents. He spent this past spring focusing on the idea and working on the programming. After several iterations he came up with the ChildOnBoard app. 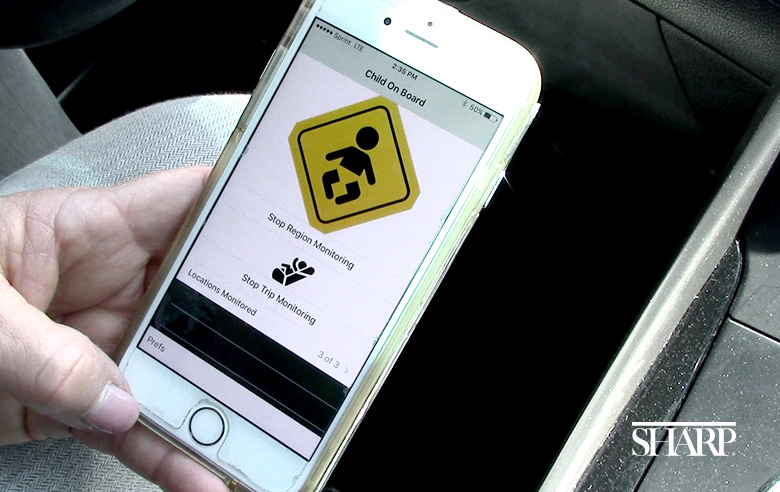 The app is simple in its function: When you leave home, the app says, "I've noticed you've left home. Is your baby in the backseat?" If you respond yes, it monitors your trip. If you stop for more than five minutes — to get gas, go into work or a store — a reminder pops up on your phone that says "Check the backseat for your baby."

"I would consider it a success if it reminds one person to check the backseat for their baby who they've forgotten," Dr. Smart says.

The app allows you to set multiple locations for departure monitoring, such as home, day care, preschool, grandparents' home and more. ChildOnBoard will then monitor your departure automatically from any of the preset locations whether you have the app running or not. You can also select a child, baby, toddler, dog or other pet as your companion.

Dr. Smart cautions that the app is simply another tool for parents, who are ultimately responsible for protecting their children from overheating in the car.

For now, the free app is only available for iPhones.

How to talk to kids about their day

Looking for insight into your child’s day? Try these 10 questions to jump-start the conversation.

When adult children move back home

Clear boundaries and healthy communication are essential to peaceful cohabitation.