Fluoroscopy is a study of moving body structures — similar to an X-ray "movie." A continuous X-ray beam is passed through the body part being examined, and is transmitted to a monitor so that the body part and its motion can be seen in detail.

Fluoroscopy services are offered at Sharp Coronado Hospital and Sharp Memorial Outpatient Pavilion for the following types of examinations and procedures:

Following exams, physicians will receive written reports within two to three business days. Patients will be notified of results within one week.

A Barium enema allows a physician to see the movement of the colon and large intestines. This examination requires a 48-hour preparation time to cleanse the colon of stool. A bowel cleansing "Prep Kit" can be obtained over-the-counter from a local pharmacy. Exam time usually takes approximately 30 to 45 minutes and varies due to type of exam, physical condition of the patient and anatomy of the individual colon.

For the exam, a lubricated enema tip is inserted in the rectum and barium, a contrast agent, is introduced into the bowel. During the exam, patients will be asked to lie in several different positions on the X-ray table while the barium coats and fills the colon. Filming may be done in both an upright and lying position. The radiologist and technologist will assist as the colon fills and films are obtained.

Following the exam, patients may resume normal diet and will be instructed to drink plenty of liquids in order to rehydrate the body and clear any remaining barium.

Esophagram and upper GI exams are used to view conditions involving the esophagus, stomach and first portion of the small bowel. These two exams may be done separately or together as a combined study.

An esophagram (barium swallow), focusing on problems involving the esophagus, requires patients to refrain from eating or drinking 4 hours prior to testing when conducted independently. An UGI — or stomach X-ray — visualizes the esophagus, stomach and first portion of the small bowel. The exam requires patients to fast for eight hours prior to testing.

For both procedures, patients will be given "fizzies" followed by barium, a contrast agent that coats the walls of the structures being examined. The fizzy, while creating gas in the stomach and esophagus, open the natural folds of these body parts allowing for better visualization. The barium then coats the walls of the organs and fills the stomach, allowing the radiologist to film the study. The technologist will assist patients to lie in several different positions as the films necessary for the exam are obtained.

Drinking and filming may be done in both the upright and lying position. Exam time is usually 15 to 30 minutes and varies based on type of exam done and the anatomy of the patient. Following the exam, patients may resume normal diet and will be instructed to drink plenty of liquids in order to rehydrate the body and clear any remaining barium.

Fertility fluoroscopy - also known as hysterosalpingography or HSG — is used to visualize the reproductive system and is most often used as part of an infertility diagnosis. The exam should be scheduled between day 7 and day 10 from the start of a patient's menstrual cycle, and takes approximately 20 minutes to complete.

A female technologist will work with the radiologist to perform this exam, which is similar to an annual pelvic exam performed in a doctor's office. After placement of the speculum by the radiologist, a thin plastic tube or catheter will be inserted into the opening of the uterus and a small balloon on the catheter will be inflated to form a seal. Contrast, a clear water-soluble dye, is then injected into the uterus to visualize the uterine cavity and fill the fallopian tubes. Discomfort is usually mild, similar to menstrual cramping, but may be more severe if there is a blockage of the tubes.

Following the procedure, there may be mild cramping and light spotting for a day or two. Patients may resume normal activities immediately following the exam.

Kidney X-ray - also known as intravenous pyelogram or IVP — involves the injection of contrast (X-ray dye) and is used to visualize the kidney, ureters and bladder. Patients will be asked to fast for 8 hours prior to testing with the exception of a 1.8-ounce glass of water the morning of the exam. Patients over the age of 55 will have lab work done prior to testing.

Preliminary films will be taken prior to contrast injection. Following injection, timed films will be taken as the kidneys, ureters and bladder are filled and visualized. Exam time takes approximately 45 minutes to 1 hour and may vary if there is a delay in function of the kidney or a delay in filming the urinary system. Following the exam, patients may resume normal diet and will be instructed to drink plenty of liquids in order to rehydrate the body.

The small bowel series examination can be done in combination with the UGI or as an independent study of the small intestines.

When combined with the UGI, an additional cup of barium is given to the patient following initial filming. After a 15 to 20 minute delay, the small bowel series film is obtained. Additional film of this body part is obtained every 15 to 20 minutes, or as requested by the radiologist, until the barium reaches the junction of the small and large intestines. This process may take several hours depending on each individual's anatomy and metabolism. Average length of the study is 1 to 1.5 hours.

When completed as an independent study, a preliminary film of the abdomen is obtained prior to drinking two cups of barium. Once the barium has been ingested, a "0" minute film is taken, with additional films being done every 15 to 20 minutes, or as requested by the radiologist. Filming is continued until the barium reaches the junction of the small and large intestines.

Following the exam, patients may resume normal diet and will be instructed to drink plenty of liquids in order to rehydrate the body and clear any remaining Barium.

Spinal canal fluoroscopy - also known as lumbar puncture or myelography — is used to visualize the spinal canal and is most often done in conjunction with computerized tomography (CT) imaging of the spine. This procedure can be performed by a neurologist or neurosurgeon with the radiologist, or performed by the radiologist alone.

After the desired puncture site is localized under fluoroscopy, the site will be cleansed to provide a sterile site for injection. The area will be numbed with a local anesthetic prior to needle placement. Using fluoroscopy guidance, a fine hollow needle will be placed into the spinal canal and contrast instilled. Films may be taken under fluoroscopy, yet are most often taken with a CT scanner following the contrast injection.

Patients will be given post-procedure instructions before departure which include directions to remain quiet for the following 12 hours. Arrangements should be made for transportation home and someone should stay with the patient for the first 12 hours following the procedure. After 24 hours, patients may resume normal activities.

"I am dedicated to providing the best care possible to my patients." 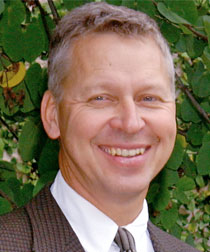 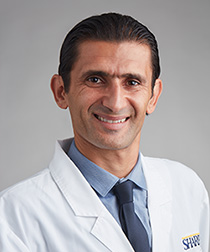 "The Sharp Experience encompasses the treatment of the whole patient, which includes the patient, disease, their fears, support structure and wishes." 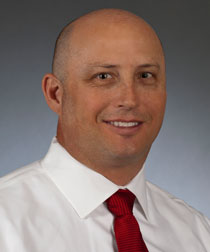 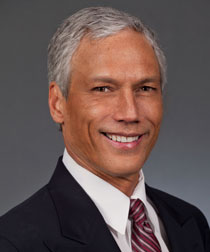 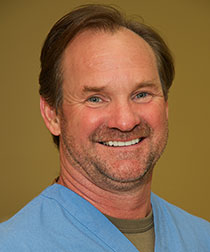 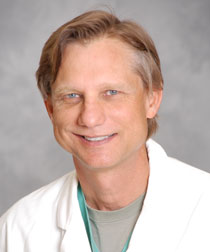 "Most people can tell you what is wrong if you ask the right questions and listen to their answers carefully." 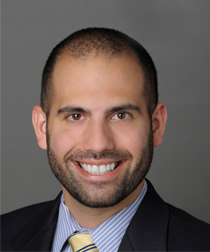 "The Sharp Experience entails not just the treatment of a disease, but the entirety of a patient's experience from the moment they walk through the office door."